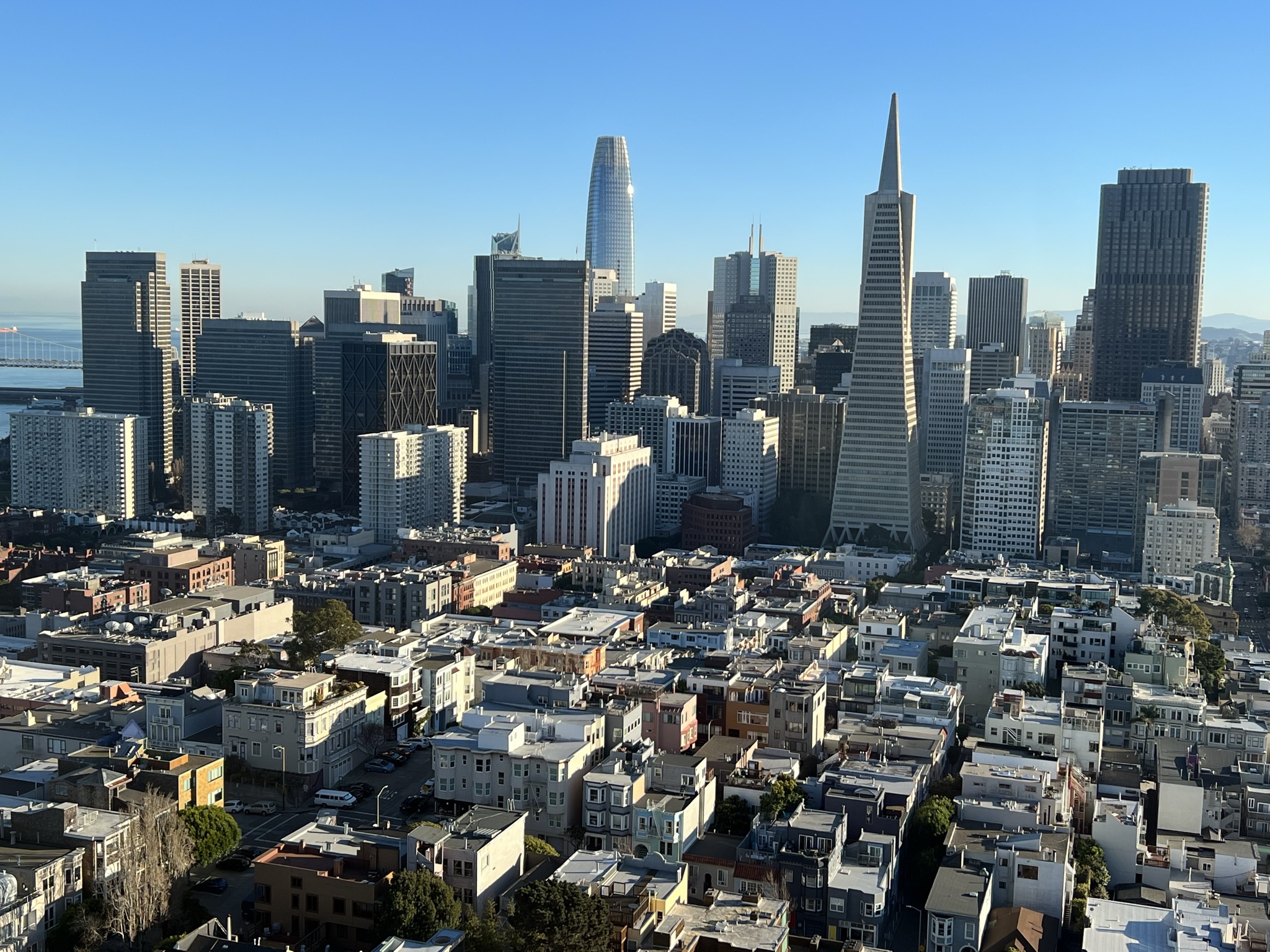 Sure San Francisco is great but there’s nowhere to park

I think I just don’t like San Francisco. Shhhh this is a very unpopular opinion in Northern California. But when you think about it, what’s to like? I mean besides the culture, the food, the sights, the history, and Tartine Bakery on Guerrero Street. First of all, you can’t make a left-hand turn anywhere. And sometimes to get from one end of a block to another you have to make two left turns and a right turn, which you can’t do because you can’t make a left-hand turn anywhere. Also, Haight-Ashbury used to be kind of seedy and cool and now it’s where all the tourists go including, evidently, me.

My 12-year-old really wanted to go to San Francisco for his birthday, so we went even though driving in San Francisco is only slightly less terrifying than jumping out of an airplane. Our last stop was Coit Tower, which despite my many trips to San Francisco and the fact I used to live an hour away was the first time I’d ever been there. It was an uncharacteristically clear day, too, so we decided to spend way too much money on the elevator ride to the top because you know, we’d come all that way.

“What have you all been up to today?” the elevator operator asked politely as we crowded into a space much tighter than what’s generally recommended by health authorities during a pandemic.

“Mostly looking for parking,” I replied. She nodded in a sad way, like how you would nod if you lived in San Francisco and spent most of every single day of your life driving around in circles waiting for a parking space to open up and then finally resigning yourself to walking a mile and a half up the steepest hill in California vs running out of gas because you used it all trying to find a stupid place to park.

“But use public transportation,” you say. San Francisco doesn’t have any of that, either. Trolleys in some parts of town, I guess. Buses. But I never miss the Washington D.C. subway system as much as I do when I’m in San Francisco.

Anyway, if you have public transportation secrets that I do not possess, please let me know. Otherwise, it may be a while before I go back to the City by the Bay. And Uber doesn’t count. I’d like to have at least a little bit of money left over to get hamburgers or something.

The view from Coit Tower was lovely though. There was even one spot in the parking lot. Score.

I'll notify you when I publish new blog posts.